Two WhatsApp Settings That Can Change Your Life 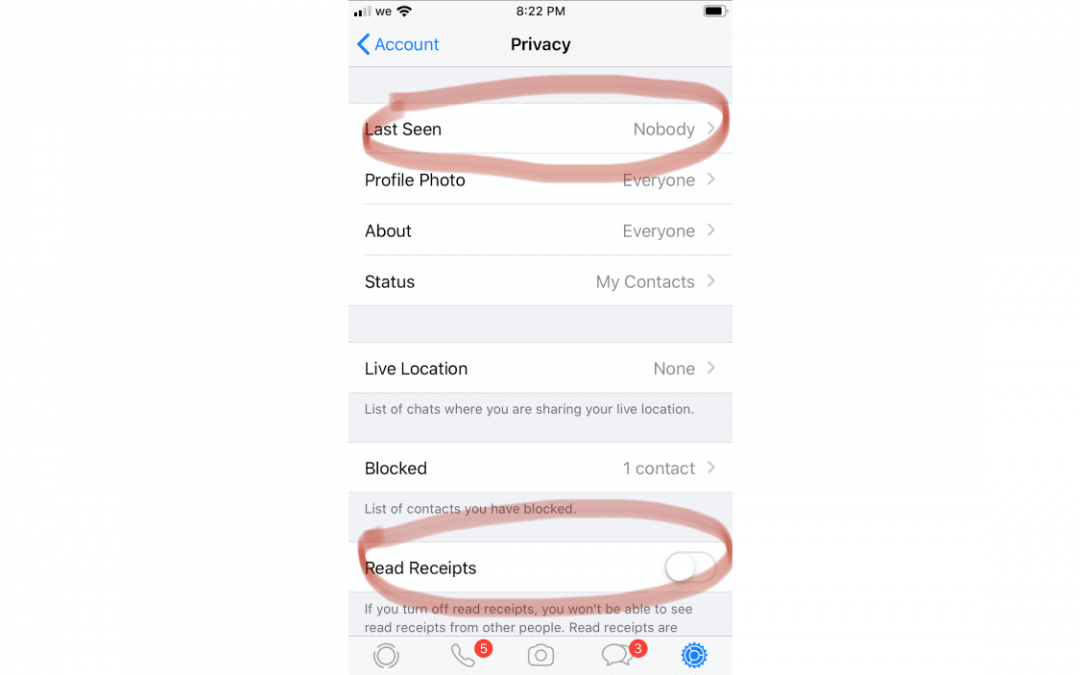 If your like most people I know, WhatsApp is probably one your most used apps. For me, it’s one of the only apps I have on my phone. Although I’ve debated deleting it many times, in the end I’ve kept it since it is one of the most effective communication tools out there. I use it to keep in touch with family, friends and co-workers since everyone I know has it. There are a few things though that I do to keep its intrusions on my life to a minimum:

These two settings release you from people expecting quick responses to their messages. Using this, WhatsApp becomes a lot more like email which is intrusive enough. WHO DECIDED THAT PEOPLE NEED TO KNOW WHEN I’M ONLINE AND WHEN I READ THEIR MESSAGES? The people at WhatsApp did, because they know it means you’ll be checking your phone much more often (otherwise it wouldn’t have been the default).

So by all means, message me on WhatsApp. I’ll probably get back to you, but it may not be until tomorrow or next week. Try this yourself, and you’ll be surprised how much freedom from your phone you’ll gain.